A Salamandra
by Alex Carvalho

In the wake of years lost to the strains of her father’s care, Catherine feels suffocated by the contrast between her feelings and real life. She escapes to Brazil, hoping to reconnect with her sister. Finally unburdened, yet still unable to overcome her anxiety, she stumbles into an improbable relationship with an attractive young man. Gil represents a second chance to experience the life she could have lived, had things been different. Determined to start over, Catherine must decide whether to see her reinvention through to a violent and irrevocable conclusion. 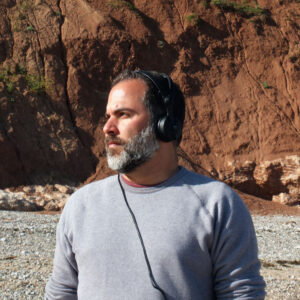 Alex Carvalho (1973) spent his formative years in his native town Recife. After a year working in Luanda, Angola, he moved to London to pursue a Master’s Degree in Film at Central Saint Martins and study direction at the National Film and Television School. He worked with the BBC, NYTimes, Netflix, Amnesty International, Safer World, U2, Brian Eno, among others. His films were screened at the Santiago Bellas Artes Museum, MAM São Paulo, Photographers’ Gallery London, Les Rencontres d’Arles, Les Arcs. A Salamandra marks Alex’s feature film directing debut.