Alice works at a gas station. She doesn’t play music anymore and she buried deep inside her fire for music . On a sultry summer day, her old music teacher shows up, and Alice starts wondering if she has stayed without fuel for too long. 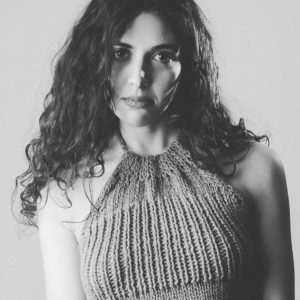 Olga Torrico (1991) studied between Rome, Paris, Bologna and Valencia, first graduating in languages and literature, and then specializing in Film Studies. In 2014 she became part of the Elenfant Distribution team working on short films distribution . In 2016, with Adam Selo she founded the production company Sayonara Film, with which she produces shorts and creative documentaries. In 2017 she attended the screenplay writing school Bottega Finzioni and is one of the producers of the series 13.11 with Elenfant Film, presented in more than 70 festivals worldwide. She writes, directs and stars in her first short Gas Station, shot in 35 mm.