The Book of Vision
by Carlo S. Hintermann

Eva, a doctor and student of the history of medicine, discovers a manuscript by Johan Anmuth, an 18th century physician. In his Book of Vision, Anmuth focuses on the feelings, fears and dreams of over 1800 of his patients, whose spirits still wander through the pages. Immersing herself in these tales and visions, Eva questions the separation of the past, present and future, while confronting the challenges of modern medicine and its limitations with respect to her own body. 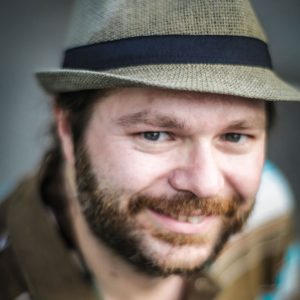 Carlo S. Hintermann (1974) is an Italian-Swiss filmmaker and producer. After having studied classical percussion and History of Cinema in Italy, he obtains a diploma in Film Directing in the US. He directs a number of shorts-films and documentaries: Rosy-fingered Dawn: a film on Terrence Malick (Venice Film Festival, 2002), Chatzer: Inside Jewish Venice (Turin Film Festival, 2004). He produces and directs the Italian Unit of Terrence Malick’s The Tree of Life (Palme d’Or at the Cannes Film Festival, 2011) and then directs the documentary The Dark Side of the Sun (Rome International Film Festival, Extra – Jury Special Mention prize EnelCuore, 2011). In 2013 he directed the spot for the Rare Disease Day in collaboration with Annie Lennox and Eurythmics, he also directed the spot for the 2015 campaign, both campaigns with the animation studio Moonchausen. As a producer he works with Amos Gitai, Amir Naderi, Kevin Jerome Everson. He wrote several book on cinema, the last one Terrence Malick: Rehearsing the Unexpected is published by Faber&Faber (2015).