Simone Segre, a renowned surgeon of Jewish origins, lives in a city in the north-east of Italy. A quiet life, an elegant apartment and no connection with his past. One day he finds himself assisting a man victim of a hit and run accident. But when he discovers a nazi tattoo on his chest, Simone abandons him to his destiny. Filled with guilt, he ends up tracing the man’s family: Marica, the eldest daughter; Marcello, a teenager plagued with racial hate; and little Paolo. The night will come when Marica knocks at Simone’s door and unknowingly asks for payback. 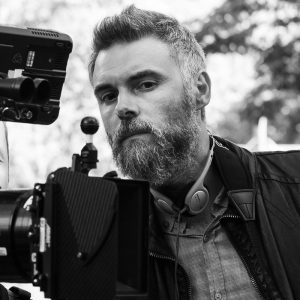 Mauro Mancini (1978) debuted in 2005 with the short film Our Secret, awarded with several prizes, and followed by several other shorts, fourteen of which for the Telethon Foundation and four for Rai Cinema, as well as mini-series and video-clips (amongst them two for singer Simone Cristicchi). In 2009 Mancini wrote and directed two segments of the collective film Feisbum!. In 2017 he wrote and directed the mini-series 4NNA quella che (non) sei and Teddy. Many times short-listed for Cannes Lions, amongst the most important spots he directed, My Voice (winner of a “Gold” and a “Silver” Clio Award), Feel The View (winner of several prizes, amongst them a “Silver” Clio Award, the Webby Award and a “Gold” at ADCI) and Safe, the spot for the Baseball World Championship filmed in 2009.